The History of Bay Windows 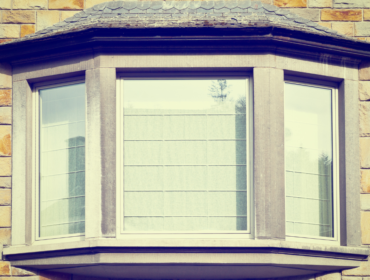 Bay windows are a stylish yet sophisticated part of architecture that is familiar to most people but not something that everybody thinks too deeply about. They’re common nowadays, but like all modern aspects of architecture, they had to first appear somewhere and for a specific reason. In fact, bay windows have a long and complex history, and the reason for including them in architectural design has changed over the years.

The Origin of Bay Windows

The history begins in the English Renaissance, when these windows started to appear in mansions. They were placed at the end of the great hall and raised high enough to appear behind the lord’s own raised dais. These windows were mostly used for decorative purposes, but this changed in the Gothic era.

Starting in the Gothic era, bay windows were placed in churches as mini chapels within a larger church, giving people a private place to pray and practice worship. This transition continued into the Victorian era, where bay windows became a common form of architecture, such as for newly built homes, slowly losing the previous association with Renaissance lords and becoming a fixture of the Victorian style, especially in Britain.

Today, the term “bay window” broadly refers to any window that extends out of the building’s exterior wall, while traditional windows lie flat. Various styles and designs for bay windows have been created over the years, making use of different shapes and angles. These designs carry different connotations and tend to be used for different reasons. For example, while circular bay windows are considered fancier and more decorative, boxy ones are common in Europe. This means that there’s no longer one single “purpose” one can point to for bay windows. They’re used for adornment, natural lighting, private spaces, and more, depending on the context, including the architectural style and the motives of the builders. Their history makes them fit into many styles, and they can be seen across the world as their unique look and versatility have wide appeal.

If you want to add a bay window to your home and take advantage of all of these benefits, Tri County Windows & Siding is here to help. As experts in all things related to window installation, we can help you figure out everything, from the exact style to the best spot to place your new window. If this interests you, or if you’d like to know more about what we offer and what our rates are, contact us today and speak to a professional.