5 Things You Never Knew About Windows 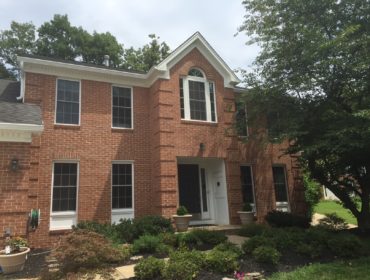 Windows help brighten up a space and let in a calming hint of nature. They are available in a variety of shapes, sizes, and styles, from elegant arches to the standard double hung. Nearly every home in the country has them, but how much do you really know about your windows?

We found some interesting facts about this housing element:

· Glass is much older than you may think. Artifacts have been found from as early as 1350 BC. Most of the early glass objects were purely decorative, and glass was considered a rare luxury for centuries. It is believed that these items (usually beads) were created accidentally. Clear glass, like we’re used to, was first made by the Romans.

· Romans had the first windows, too. Although they were a far cry from the polished setups we have today, the empire embraced the idea of having fresh air and a view. They were actually carved holes in the walls. They worked well in the warmer seasons, but needed to be covered as the temperatures dropped. Shutters were born from this necessity.

· Glass windows weren’t common until the 17th century. Although openings and covers are visible through history, glass didn’t become affordable until much later. Once it became easier to acquire, panes began appearing on a worldwide scale.

· Double-glazing originated in the 1870s. The technology couldn’t quite hold up to today’s standards, but some Scottish houses began implementing double-glazed windows around this time. The setup was little more than two pieces of glass puttied together, but it worked. Modern double-glazing didn’t come about until the 1930s and wasn’t actually put to use until the 1950s.

· There is self-cleaning glass. It’s not completely maintenance free, but this new development works to break down particles and allow dirt and water spots to simply slide away in the rain. Each time they’re wet, the coating holds a new sleek layer of water for maximum visibility.

Windows have certainly come a long way since they were just holes cut into walls, but if you want to get the most out of yours, you need a professional. At Tri County Windows & Siding, we have the background and expertise you need to get the job done right.